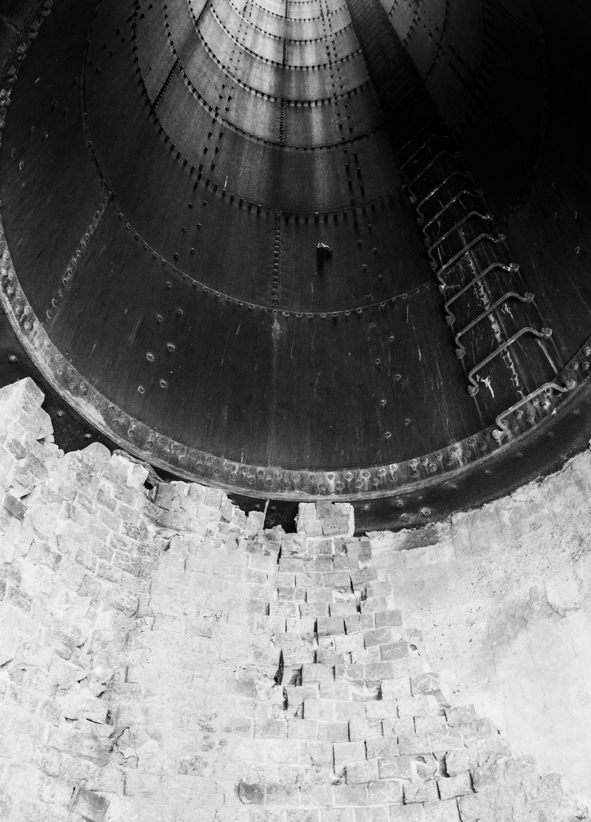 A photographic exploration of a former copper mining town 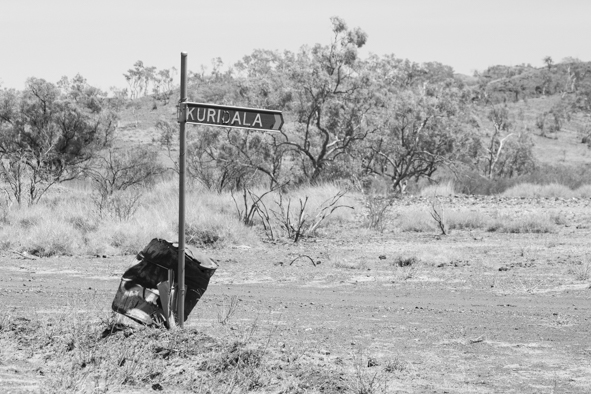 The road sign to Kuridala unfortunately points the wrong way.

The eerie sound of corrugated iron banging and screeching in the hot summer breeze did little to dispel the post-apocalyptic atmosphere of Kuridala. 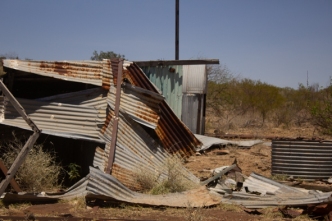 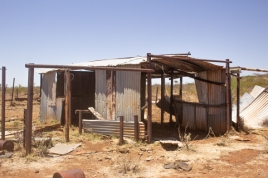 the sun glinting off piles of brown bottles…

and a large expanse of burnt-out grass added to the feeling.

In the distance, several large iron chimneys rose to the cloudless horizon, beckoning exploration, as did the overgrown cemetery. 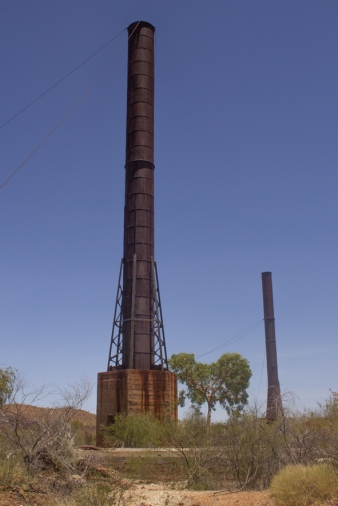 The ghost town, about 70 kilometres south of Cloncurry, is an amazing history lesson, and is actually heritage-listed. It was first known as Gulatten, then Hampden, later Friezland and finally Kuridala, an Aboriginal word thought to mean eagle-hawk.

Copper was discovered at Kuridala in 1884 and from there, thanks to solid copper prices and the advent of a railway in the early 1900s, a township was surveyed.

It is hard to imagine the best and most modern hospital in Queensland’s northwest, six hotels, five stores, billiard saloons, dance halls, a cinema, ice works, and all the other infrastructure that was needed to support 2000-plus people, filling this now-desolate landscape.

How did the Chinese market gardeners manage to coax food out of this rocky, dry ground? How did people not just shrivel up and die in the relentless heat?

It is not so hard to imagine the mines and smelter operating, as the evidence is so clearly still there.  The smelting towers can be seen from kilometres away, and the size of the flattened slag piles supports the history that this mine broke records for its amount and value of production.

Evidence of the smelting process, which is way too complicated for me to understand, even from the Wikipaedia entry, is everywhere. The surface of the slag pile reveals previously molten matter, and huge cones of metal dot its sides.

And the remaining infrastructure doesn’t make things any clearer. There are two towers, some huge tank-like structures, what look like a couple of empty swimming pools, and the world’s tallest tank stand.

Across the paddock, a heritage cemetery tells more of the story. Thanks to work  by a local historian, a folder kept in a box at the gate tells of how people died – and for quite a few, it was at work in the mines. While the technical words don’t make any sense to me, I get the gist of how they died, and it wasn’t nice.

Joseph Lewis, for example, was working at the  Kuridala mine as a ‘platman’. He ‘knocked the cage’ to the surface to start the electric pump (for the purpose of ‘unwatering the cistern’) when his coat became entangled in the ‘spur and pinion’. He followed his coat, resulting in his immediate death.

From what I can work out, platmen worked deep in the ground, as another man, Richard Huxley, also died after he was found ‘lying in the 500ft plat in a semi-conscious state, with a fractured skull’.

It was believed he also ‘knocked the cage to ascend and hung on to it and when his head came into contact with the cap piece of the opening out set, it caused him to fracture his skull and fall back onto the plat’. I can find no easy reference to the word ‘plat’ in a mining sense.

The State Library of Queensland holds the above two pictures, one of the smelter, the other of the township about 1921.

As the remains of the town and smelter slowly return to dust and rust, it is reassuring to know that it has been recognised as historically significant. However, to this little critter, hiding in the body of an abandoned car body, the Kuridala of today is simply home, sweet home.